A Machine to Listen to the Sky

A Machine to Listen to the Sky is an audio-visual installation revealing the unheard sounds of the earth’s ionosphere and beyond through custom built Very Low Frequency (VLF) antennas elevated through the use of a tethered weather balloon. These antennas reveal the electromagnetically produced sounds of lightning, the northern lights, Jovian radio, sun activity and man made technology.

A Machine to Listen to the Sky combines artistic, conceptual and scientific methods to present VLF to museum audiences.

The piece was first presented at the American Museum in Britain in 2013. Subsequent variations and performances have included: Written messages interpreting a live VLF feed in the form of poetry distributed through the release of helium filled balloons in a piece called Received Transmission and a series of expeditions to high far removed places – such as mountains in Scotland and Wales. 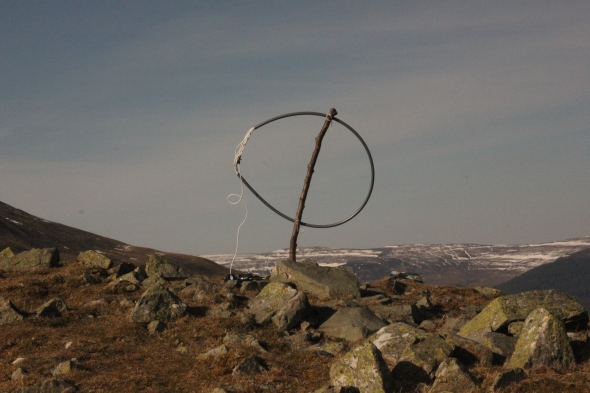